Measuring bamboos & other plants with the caliper

One of the fun things to do in the spring is to see just how much the plants get bigger from year to year, and with bamboo shoots and some other plants, this can be done pretty easily with a caliper which I'll show in the following pictures. The diameter of the bamboo is one of the biggest factors in determining how tall the culm will get, and I think it's a more accurate measurement of it's progress.My more exciting groves are still dormant, but that only builds up the suspense for later. I'll start out with the bamboo.

Starting off with yellow groove, the average culm that came up last year was around 1/2 inch with the biggest one at 0.70, but this year it looks like the average is up to around 0.67 while the biggest one so far is close to 0.80 as shown in this picture. 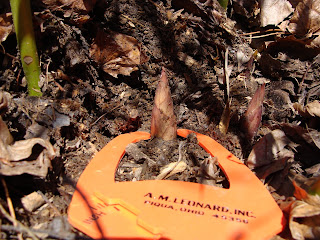 Read more »
Posted by Steve Lau at 5:33 PM No comments: Links to this post

Some of the bamboos that I have sold back in 2010

Most of the bamboos that I have ever sold are the moso seedlings which were either planted in spring of 2009, or 2010. I have either traded away, given to people or sold all but 1 of the ones from the 2009 batch which I plan on keeping to see how it does. Moso seems to excel especially in a warmer climate(zone 8 & warmer) so I have gotten emails back of reported results that would never happen up here simply because the growing season is not long enough, and it doesn't get hot enough in the summer to maximize their potential, not to mention the inevitable die back since I haven't figured out how to protect them completely until last winter.

Here are some of the Moso bamboos that were sold over last year.

These are the big ones that have rhizomes running up to 1-2ft and were very difficult to fit into a large flat rate box, even with a lot of the soil shaken out. 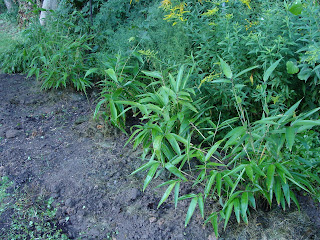 Read more »
Posted by Steve Lau at 9:29 PM No comments: Links to this post

Since spring of 2010 I have started growing blueberries from seed, and have close to 50 seedlings going, in a seed rack. They take about 4 weeks to germinate, and start off very slowly, but after about 4 months, they pick up their pace and after a dormancy period, I'm assuming they will get a lot faster. Even before that I had 4 blueberry plants that I purchased back in 2009 however 1 of them died off probably due to over-watering in 2010, or some type of fungal disease.

Here's a couple of my first blueberry bushes which were purchased in 2009, but they are finally getting flower buds this year. November 2009. 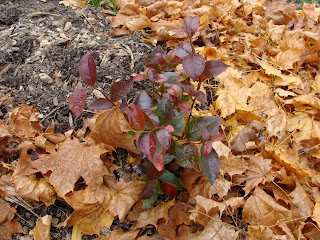 I have 3 musa bajoo, all planted at least 1ft deeper than soil level so that the corms are protected from the winters, and additional covers were added to keep them alive since they are the most vulnerable for their first winter. To start out, here's a couple pictures of them last fall before I over-wintered them.

This year has been very slow to warm up, however it has been warm the last couple days, getting well into the 70s with lots of rain so some of my earliest bamboos are starting to shoot. Since my yellow groove is starting to shoot, hopefully that means that most of the other phyllostachys are only 1-2 weeks out, but it will also depend on how the weather is. I know there's going to be plenty of rain since we've been consistently doubling or tripling the average monthly rainfall however the temperatures have remained consistently below average since December of 2010.

Here's my f rufa. The in-ground one looks like it's only putting out a few shoots. Must be a bad location for it, or it is on its off year. 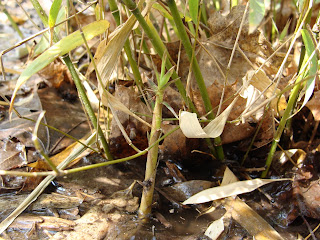 The potted ones are close to leafing out now, and producing a lot more.

Here's my biggest kwangsiensis so far. In Europe this is supposed to be the moso of the north, and it looks kind of like moso, but it's noticeably smaller, or slower growing at this point. This used to be a rare species in the US until it went to flower last year which basically makes it widely available. 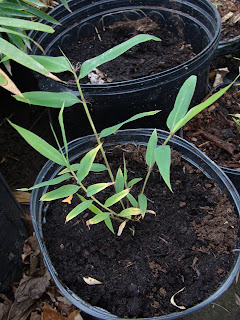