Alliums are some of the easiest plants to grow since they are very cold hardy. I kept few 1-3 inch onion sets in the garage over last winter where the temperature still dropped to the teens or below however despite becoming frozen solid, these onions started to sprout while they were still inside the garage, feeding off the starches they have built up since last year. These were grown last year from seed, and some were harvested, but these are the extras. 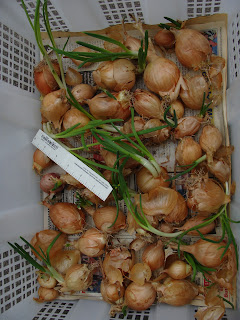 I usually plant them so that the onion is just beneath the soil. I'm expecting these guys to be full size in about 3 months. 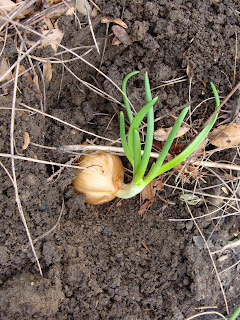 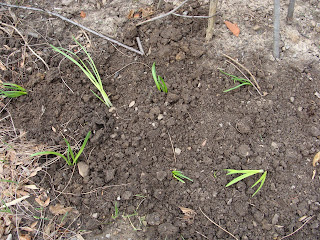 Moving onto the garlic, I have bulblets as well as bigger ones grown from cloves. The bulblets generally produce 1 bulb while the ones from cloves make a nice large bunch depending on how big the cloves were starting out. These guys can exceed 3ft in height when they go to flower. 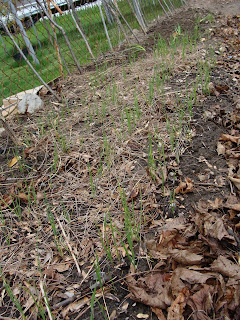 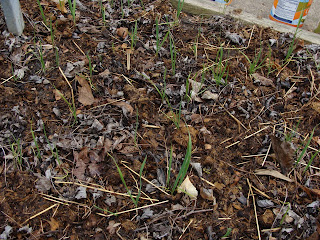 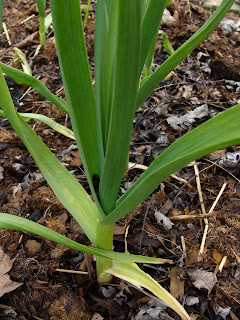 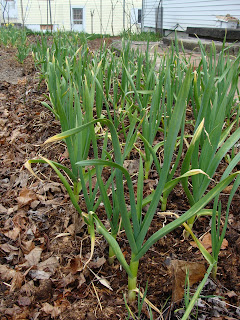 There's also a species called elephant garlic which is a giant form that can get up to the size of a typical onion when mature. 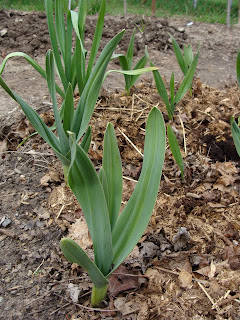 Just a couple of garlic pictures from March 20th , about 5 weeks ago. The growth hasn't been that fast, but once it heats up, they should really pick up the pace. 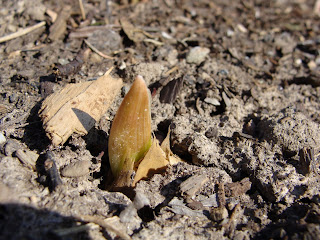 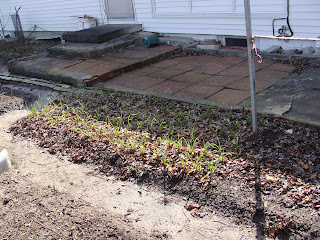