Take 2 on measuring bamboo shoots with a caliper

By now, most of my bamboos have started to shoot. Sometimes bamboos tend to gain diameter because they were not all the way out yet however sometimes the culm sheaths make the shoots look bigger than they actually are. Anyways the main show for this year's boo shooting season is under way with Atrovaginata currently in the need, giving me shoots over 1 inch in diameter.

Phyllostachys Atrovaginata incense bamboo: I'll start out with the best. Last year's culms were only about 1/3 inch in diameter, but this year, they are clearly over the 1 inch mark, and hopefully I'll get a 1.5 incher if I'm lucky. 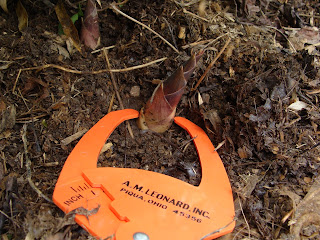 Phyllostachys Dulcis Sweet shoot bamboo: This one is doing OK, as it looks like new shoots will get up to an inch or so, but it started out at 0.6 from last year already so not a big deal. 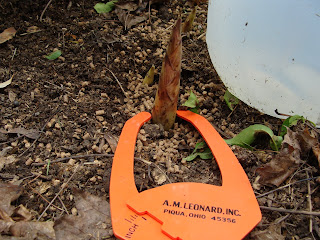 Phyllostachys Parvifolia Anji bamboo: This one is making lots of shoots this year, but the biggest I've seen so far would only be in the 3/4 inch range with most of them around 1/2 inch so I guess it's not ready top put on some real size yet. 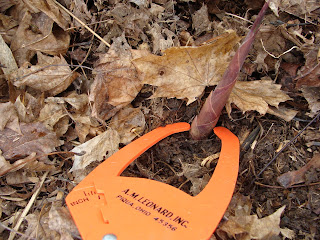 Phyllostachys Propinqua Beijing: This one has many shoots nearly 0.6 inches which is about double the size of the largest ones last year, but it has only been in the ground for 1 year so it looks promising. 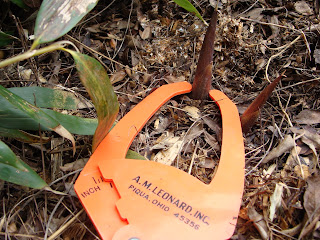 Here's some of the early shooters showing what they've done. Both yellow groove (phyllostachys aureosulcata) and moso (phyllostachys edulis) are topped out around 2/3 inch despite looking larger earlier and the cold weather could be blamed for this. 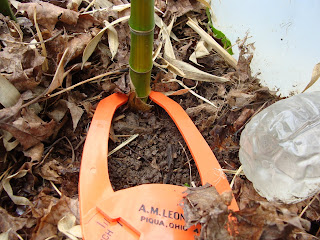 Here's a Yellow groove division and these are topping off only at 1/2 inch. 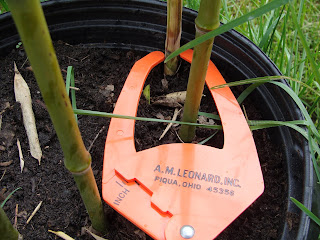 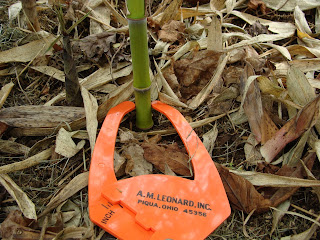 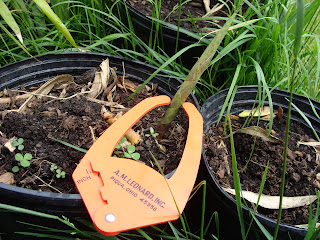