With 2 consecutive days of temperatures near 80F it looks like most of the bamboos are waking up, even Dulcis which is usually one of the later ones. The in ground parvifolia, and atrovaginata are the ones I'm expecting the most out of so they'll probably come later.

Here are some of my moso shoot pictures, all from the in-ground moso. The tallest one is well over 2ft now, but the fattest ones will ultimately end up the tallest at the end. 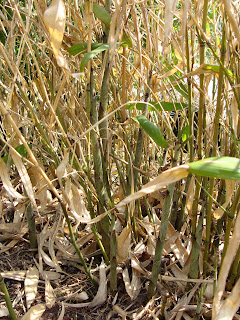 The up-size can be seen pretty clearly in these pictures where sometimes, the new shoots are double the diameter of the old culms next to them. 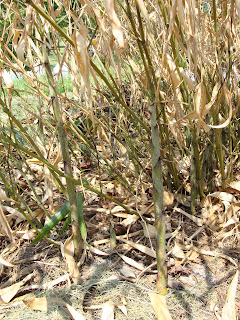 They will accelerate in growth to a rate of around 1ft per day when they are above 2ft. This is still the tallest one, but it's only around 1/2 inch in diameter so it will probably only get up around 7ft. Some of them are much fatter. 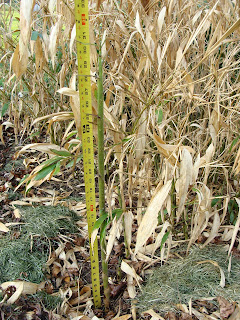 Here are the smallest of the new shoots which are still about the same size as the biggest culms from last year. 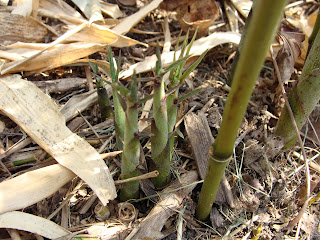 2/3 inchers here. When they are bigger, they generally have more dark specks on their sheaths. 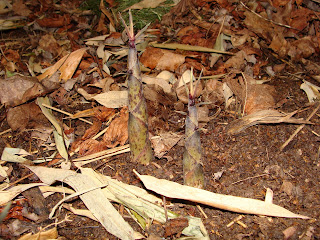 Here's one of the bigger ones, and I put my hand there just to give a little size reference. My hand is nearly 8 inches in length making this one well over 1ft tall. 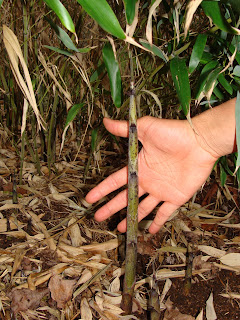 Here are some of the parvifolia shoots from my 1 culm field division taken last summer. There are so far 11 shoots averaging the same size as the original division, most of them coming up along the side of the pot. 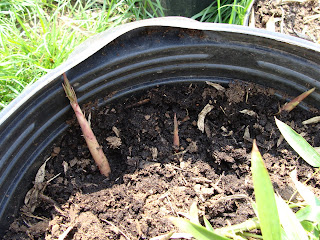 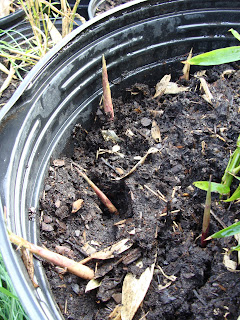 Here's a new acquisition through a plant trade earlier this year. This is phyllostachys aureosulcata spectabilis, and this one is coming on strong from a bare rhizome propagation. 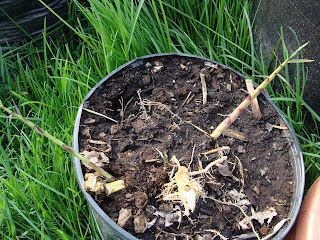 Here's one of my yellow groove divisions. Some of them are putting out a shoot, and I expect all of them to at least give me 1 shoot this year to show their viability. 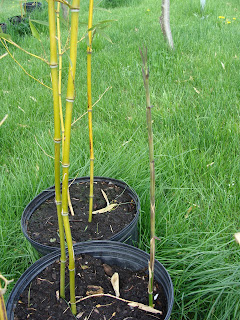 Moving on, Here's the Dulcis which doesn't look like it is putting on much size, but what I'm seeing could just be the tip of the ice-burg. In another week once they are fully out of the soil, they could be as big as 1 inch if I'm lucky. 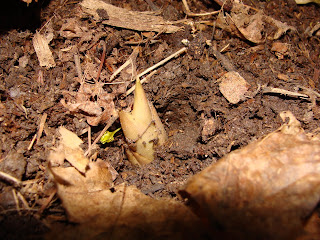 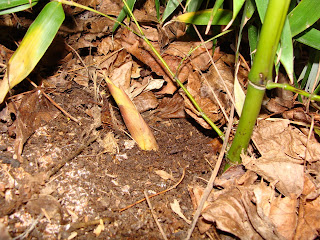 Here's one of the heteroclada seedlings. They don't put on size very fast, but they still look very healthy. 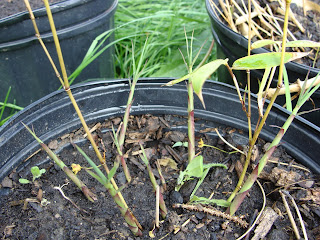 Here's a small shoot from a vivax division taken last year. This is one of the 2 divisions I still have left since I sold most of them. 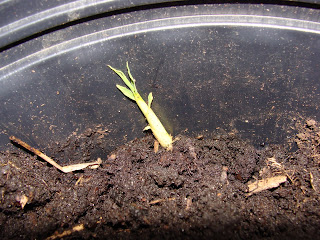 Here's one of the rhizomes that I ran in through the drainage hole of a nursery pot on my parvifolia. This shows that it should be successful as new roots are growing off the rhizome, and it looks like the shoot bud will activate any day now to give me a nice established parvifolia division once I decide to cut the rhizome. I usually do this when it is nicely leafed out. 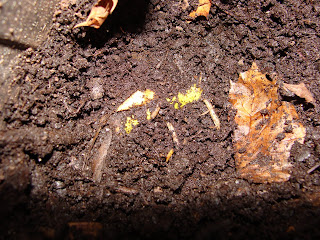