Shooting season has started only a couple weeks ago, and some species are still dormant so I think there are larger shoots to come than what I already have, but here's the largest shoots from each of my species so far. I measure at the base, and don't count the sheaths, so they may look bigger than what I say they are.

Moso: The biggest one is around 0.75 however there are many similar in size. That's quite a bit larger than the largest last year that was only about 0.42. 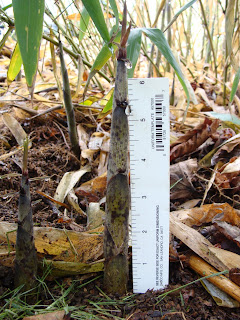 Here are some of the smaller or average sized ones which show less dark specks than the biggest ones. 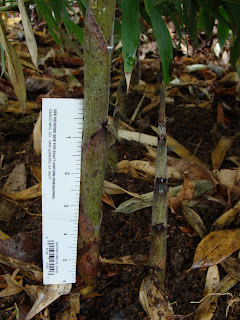 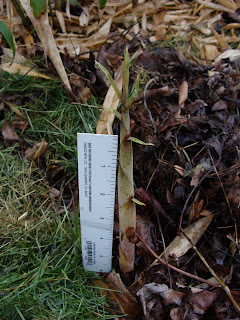 Parvifolia: This division off the main plant is putting up 11 shoots, some up to 0.5 inches in diameter which already matches the largest one that came up last fall of 2010. Hopefully the main grove puts out 1 inchers. 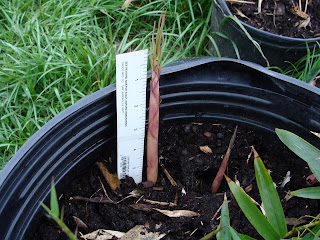 Dulcis: This one is around 0.75 maybe a bit more, but it looks like a whip shoot, and it is still bigger than last years which were around 0.65. 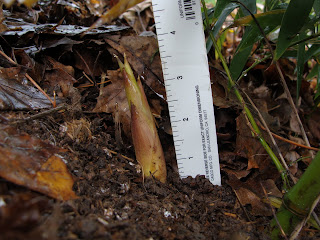 Bissetii: This one is putting some up near 0.55, just a bit better than last year's which topped out at around 0.45, but still very small gains. 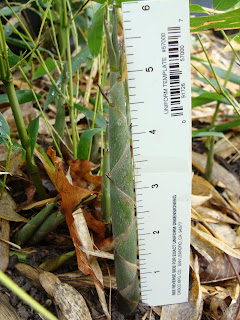 Yellow Groove: This one is getting so close to the one inch mark, but without the sheaths it still falls a bit short and is around 0.95. 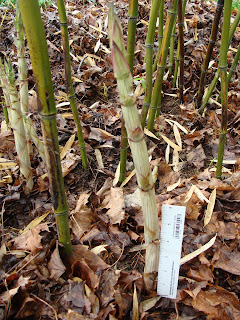 Rubromarginata: This one tops out at only 0.35, however it is known to continue generating shoots that get gradually larger, but so far there is no upsize from last year. 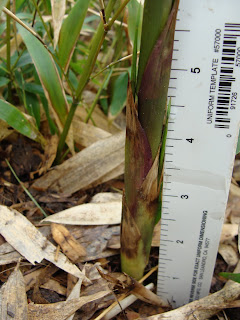 P Nuda: Disappointing as usual. It is still making them around 0.30. 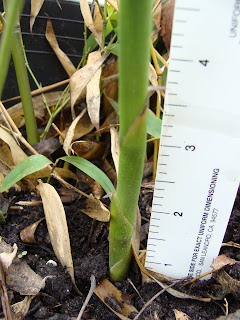 P Nigra: This one is around 0.3, not much change from last year, but it is not established yet so I expect upsize next year. 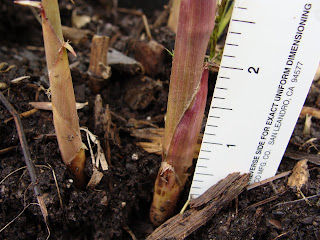 Vivax Aureocaulus: Still very hard to tell, but this rhizome division looks like it will put out a 0.5 inch  shoot, maybe a bit larger. 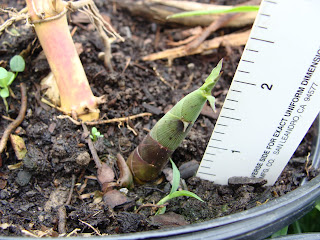 Finally, my biggest lily has a shoot around 1.15 exceeding all my bamboo shoots in diameter so far, and as you can tell it was below the 1 inch mark last year, and only had 1 stem so it has the potential to get even bigger. 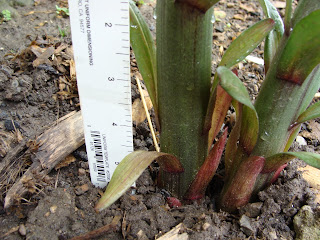