This year has really been by far the most impressive year as far as gains, and some of my bamboos are putting out 1 inch diameter new shoots which will likely break the 10ft mark in a week or so. With consistently warm temperatures, a bamboo shoot will grow around 95% of it's height within a 2 week span, and some of my shoots are just starting to enter that stage.

Dulcis: Most of it's shoots are surprisingly coming off the same rhizome, and there are not too many of them, but it's planted in the shade so it shouldn't be growing as aggressively. The biggest 2 are around the 1 inch mark. 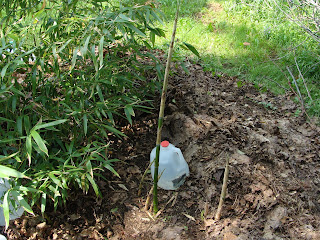 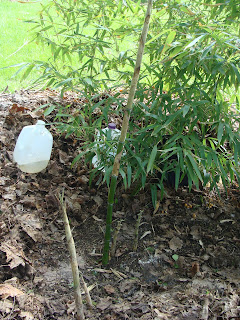 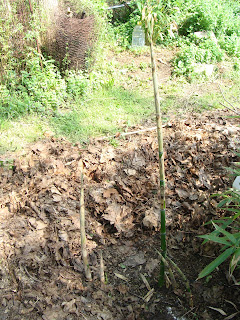 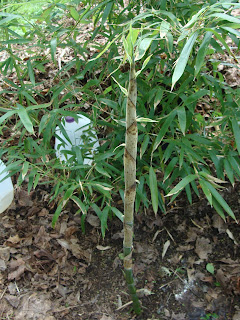 P Atrovaginata: This one is putting out 3 (1 inchers) off the same rhizome while another rhizome nearby is putting out a couple around the 1/2 inch mark, but this bamboo doesn't seem to use all of it's energy all at once. Last year after it made 3 shoots in spring, it made another 7 once the first 3 were done growing, and that is likely to happen again as there are about a dozen rhizomes that haven't done anything yet. 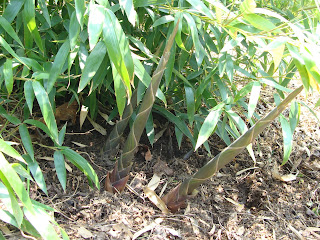 P Parvifolia: This one is just being aggressive making shoots all over the place ranging from tiny ones up to 1 inchers. Since this gets sun all day, it seems to have a bottomless reservoir of energy for new shoots. 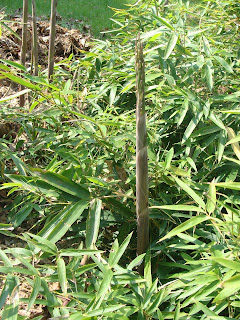 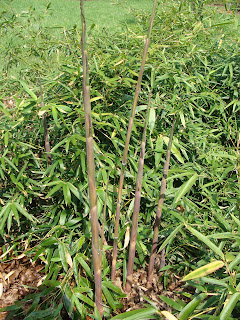 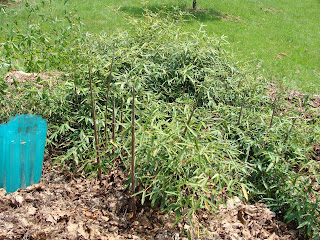 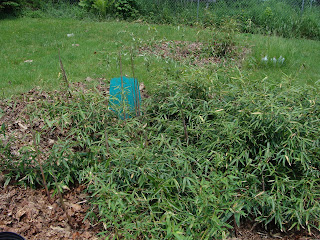 P Propinqua Beijing: This one has only been in the ground for a year. It put out shoots in late May last year, then again in September with 1/4 inch shoots reaching 6ft. This year, the largest shoot is at least 2/3 inches in diameter, and I could probably expect another round of them this fall. 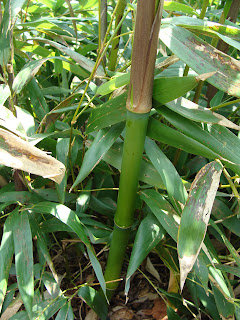 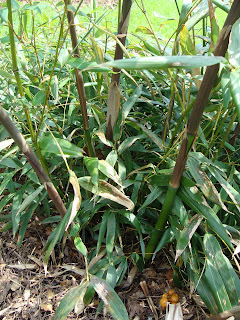 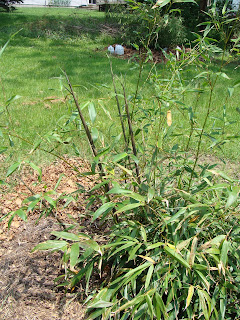 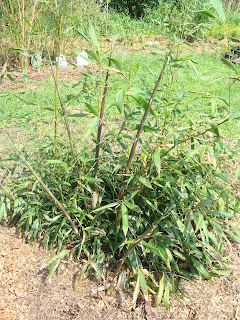 Phyllostachys Edulis moso: This one is done growing, and starting to leaf out with it's biggest culms over 2/3 inch in diameter, and up to approximately 7.5ft. 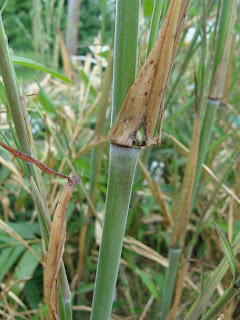 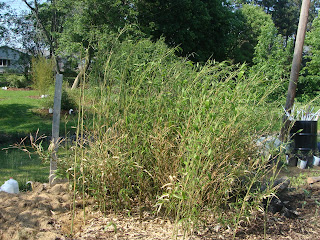 Phyllostachys edulis moso bicolor: This one has generated 5 new shoots, and 3 seem to be sucking up most of the energy so I'm just hoping that the weaker 2 don't abort. I plan on getting this guy in the ground once the shoots are leafed out to hopefully let it spread it's rhizomes, and hopefully generate even more shoots this year. 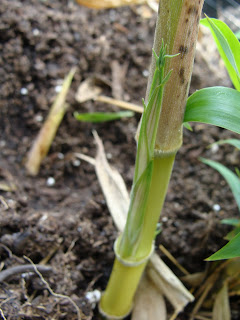 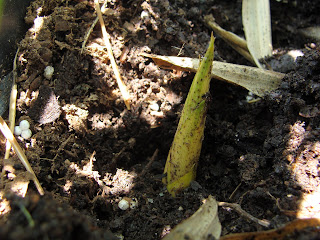 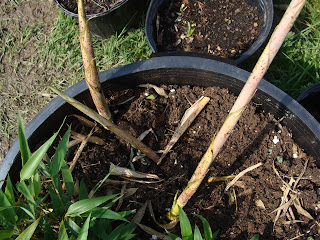 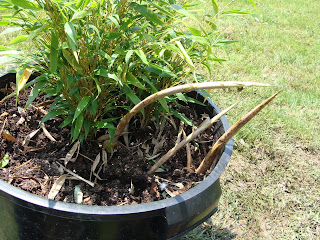 P Bissetii: There's not much difference from last year, still maxing out at around 6ft, and it looks like it's done for the year. 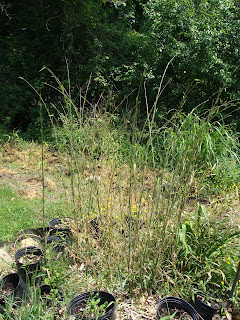 P Rubromarginata: This one has spread out a little, but still doesn't look much different from last year so hopefully it hasn't plateaued in size. 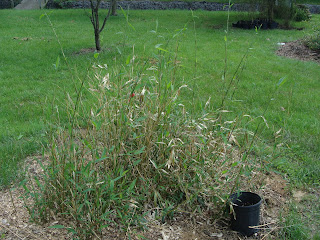 P Aureosulcata: This one actually downsized a little bit from last year, losing it's rank as the biggest bamboo in my garden, but I've seen this happen last year on the mother grove I got this bamboo so it is reasonable to assume that it has it's off years. 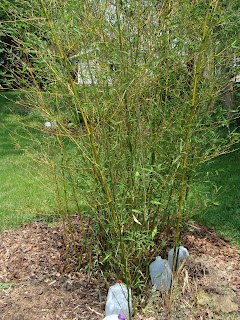